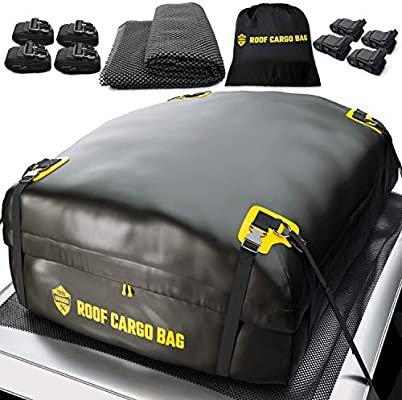 Bike theft is a problem. Protecting your cycle with an anti-theft device adapted to its parking conditions is the only way to fight this scourge. However, how to transport your bike lock without embarrassment? Some more solid protections are heavy or bulky which makes their transport less easy.

Fortunately, there are attachments for bike locks in order to move easily while having quick access to the lock. Following the guide to choosing the right bike lock , focus on choosing a bike lock mount that makes it easier to transport this security element.

The major bicycle lock brands offer fixings specific to their products. Although these brackets are most often supplied with the lock when purchased, they are also available as spare parts. This way it is possible to replace them in case of breakage or loss. Also, it is common to equip all the mounts of the family with the same support in order to exchange the lock without having to dismantle and reassemble the mount for the bike lock.

Most transport solutions for bicycle locks attach to the cycle, not the rider. The reason is quite simple. First of all, the user’s safety must be guaranteed in the event of a fall or accident. A lock worn in a backpack can cause very serious damage. It is also more practical to have quick access to your lock and to always know it on your mount so you do not forget it.

The Transit Flex Frame-U lock bracket is designed to attach Kryptonite brand U protectors to the frame of your bike. It is attached to the tubes with an adjustable strap that conforms to the shape of any frame with a diameter between 25 mm and 80 mm, whatever its shape. It also has a 360 ° rotation for convenient and precise positioning. This bicycle lock holder is compatible with U-shaped handles from 13 to 16 mm in diameter.

The Abus EaZy KlickFix bike lock holder allows you to easily attach your Abus U lock to your bike frame. It is compatible with round tubes with a diameter between 28 and 36 mm. The installation of the support on the bike is done using two screws. Then you have to adjust your position using the 360 ​​° swivel head.

Once the installation is successful, the lock clips and unclips with one hand. It is the ideal option when transporting a child or when shopping, work equipment, or other loads that leave only one hand free.

The anti-theft fixings of the brand Onguard

The Onguard brand also offers a frame support for its U-shaped bike locks. The Onguard U-lock bike frame mount is compatible with all models since 2012. This mount promises a simplified installation using two screws. It can be positioned in several places on the frame or the stays of the cycle thanks to its interior silicone coating. It eliminates any clutter without risk of damaging the bike.

It sometimes happens that the locks are not sold with a support, or that the location provided by the original support does not allow its installation on its mount. Indeed, the presence of a baby carrier or saddlebags can limit the areas likely to attach the lock to it. It is then possible to move towards a universal fixation.

The Kryptonite Transit H-bar U-mount bracket on bicycle handlebars is fixed with a clamp on the handlebar of the cycle. Two Velcro loops hold the U firmly in place by the base for safe movement on roads and paths. In order to adapt to the size of the anti-theft base, one of the loops has a removable base.

By exploiting the space on the handlebars, the frame of the bike is not cluttered and the lock remains clearly visible to act as a reminder for distracted cyclists.

Anti-theft mounts under the saddle

The under-saddle support for the Klickfix cable lock and bag allows you to attach a cable lock to the rails under the saddle. This attachment can be advantageous for transporting a second anti-theft device for peripherals, for example. The clip can be set up in minutes and the set weighs only 60 grams. It is also a light and discreet solution for short duration locks.

The anti-theft attachments on the luggage rack

For bikes fitted with luggage racks, it is comfortable to attach the lock on them. Indeed, the weight positioned at the rear limits the imbalance compared to a weight on the front. The UGH 02 mounting for the U lock on the ABUS luggage carrier provides a hook on the side triangles of the luggage carrier. It can be used to transport U-shaped locks as well as cables or chains.

Offered in sets of three fasteners, it is advisable to respect these three fixing points so that the lock does not toss and hit the luggage rack at the slightest jerk.

There are different universal frame lock brackets. They are compatible with all models and brands of bike protection. The universal anti-theft velcro bicycle attachment adapts to all frames thanks to its wide amplitude velcro. Very easy to use, it can be installed without tools. It is easy to change her bike.

Available individually or in pairs, it is advisable to have a minimum of two attachment points for more maintenance and reliability of the system.

Anti-theft attachments to the belt

Although more dangerous in the event of a fall, anti-theft belt mounts are popular in the city. By bicycle couriers, for example. Indeed, they need quick and convenient access to their bicycle lock in order to save time on repeated installation of it. They can also be useful for people who have to carry their bikes up the stairs or in the subway. It is then easier to have the weight on you.

The big brands of bike locks offer storage covers for a specific model. The Ugrip Bordo 5700 – Abus bicycle lock storage cover can be fixed in place of the bottle cage using the two dedicated screws. The storage covers are practical, compact and light.