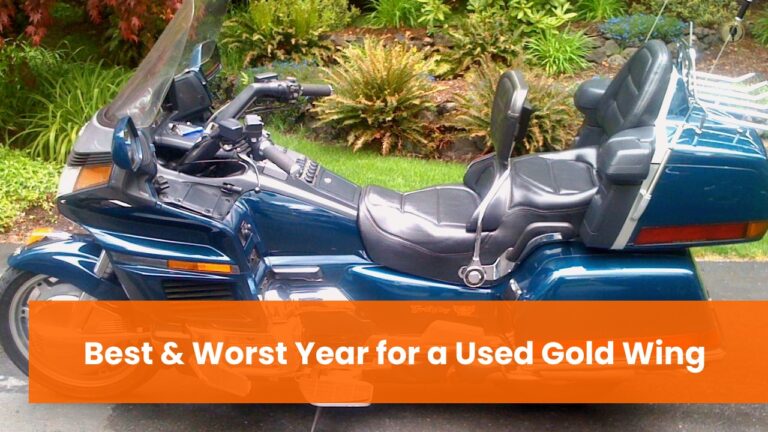 Contents show
What Year Goldwing to Avoid?
Best Honda Gold Wing Model Years
GL1800 Details
GL1800 Frame Cracking
Considering a GL1500?
Some Potential Shifting Issues
What about Previous Gold Wings
Accessories Worth Paying for…
The 10 Year Rule
Find Gold Wing for Sale
Where are Honda Goldwings Made?
Which Honda Gold Wing Build is Better? USA or Japan?
How to change the oil on a Honda Gold Wing GL1500?
Some interesting Goldwing Facts
In Summary
What are the Different Goldwing Models?

What Year Goldwing to Avoid?

The GL1800 is a good choice for most riders. It was introduced in 2001, so it should be your choice if you are worried about your motorcycle’s age.

The new Honda Gold Wing had many design changes to make it a more sporty bike. The focus on the redesigned machine was making it less cushioned for better handling and engine performance, but there is some trade-off with this change.

The original design was received as cushier but less engaging for riders who wanted something different from touring motorcycles traditionally offered in the past. While it might not be as comfortable of a ride, with its new 25 lbs aluminum frame and single-swingarm drive train, this bike is sure to impress any rider looking for an adventure!

The single-swingarm design of the driveshaft makes for a fast and easy rear tire change, similar to that of your favorite car. The reverse gear assists when you’re trying to get out of tight parking spots like those found in city centers or school zones.

The engine used fuel injection for more power and solid valve lifters for quicker throttle response and ABS brakes, which were an optional add-on in this bike’s package options. In addition, the design of the heavy machine made it less top-heavy than previous models due to its new layout that utilizes a low center of gravity – making riding much easier on long trips or through difficult terrain when you need stability most. 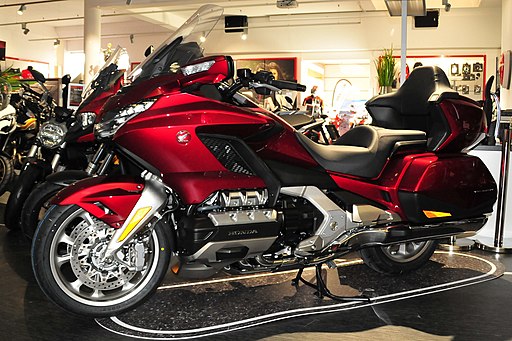 The new Honda GL1800 was supposed to be the best of its kind. But unfortunately, Honda has recalled GL1800 due to a frame defect that can cause it to fold and break.

The issue had occurred in 2001 and continued until 2004, with the production of bikes for that period all being potentially affected by this quality shortcoming.

The flaw isn’t major though-its more like an error made during production than the design itself. Honda offers free repairs, and they put an imprint on the VIN plate with a round punch to show it has been fixed or checked for defects.

GL1500 is a comfortable motorcycle that appeals to riders with shorter legs. In addition, it has an improved engine design, making it lighter and quieter than the previous model.

The GL1500 is a six-cylinder motorcycle with 100 HP and 110 ft-lbs engine power. Torque significantly outperforms the earlier GL1200 model. All models except for Interstate variants have a reverse gear feature.

The flat 6 engine design provides more power than its predecessor, with an even lower center of gravity for increased stability. For added convenience, there are hydraulic tappets that eliminate maintenance requirements and automotive-style alternators externally mounted – making any service less complicated.

The Honda GL1500 is a motorcycle in production from 1988 to 2000. So chances are, you’ll find many on the road and at local dealerships. The bike is easy to find at an affordable price due to its age.

GL1500 is more top-heavy and less agile than the newer GL1800, has carburetors instead of fuel injection, and handles less well at slow speeds. The frame is a traditional tubular steel variety, which is stronger and lasts longer than the aluminum frame on its successor GL1800. 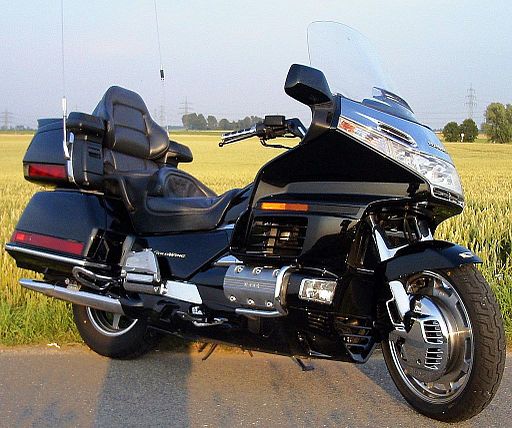 There have been reports of missed gear shifts (1st/2nd) and popping out in 4th gear, most likely caused by floorboards rubbing against the heel-n-toe shifter. Over time and with rough shifting, these bikes can become more problematic by stomping on the heel of the shifter, which can cause expensive transmission wear.

To ensure this isn’t happening to you, try driving around in each gear with the moderate throttle – if it pops or slaps from one into another, then wind up paying expensive bills!

A shifter shaft brace prevents the shifter from wearing out. It is a piece of equipment that is made just for the GL1500. When it is installed, shifting becomes much more solid and precise. A high-quality shaft brace is  sold by – GL 1500 Auxiliary Shifter Pivot

What about Previous Gold Wings

Please don’t let the age of this bike fool you. It is still an excellent option for those looking to get their hands on an affordable motorcycle. The Gold Wing GL1000 thru GL1200 models are vintage bikes and will provide some nostalgia while staying within your budget. There are plenty of them out there to be found, and some can still have lots of trouble-free miles left on them.

This generation uses a flat 4 engine design introduced with the original 1975 Gold wing model, which makes them highly reliable machines.

Accessories Worth Paying for…

There are a lot of accessories available for the Gold Wing customer, some awesome and others less so. The best thing to do is think about what you need or would use every day, versus just buying everything that catches your eye.

For instance, if safety is important, consider getting a cruise control kit- it’s handy on long trips and can substantially reduce fatigue. On the other hand, maybe no accessories will suit your needs nicely until you know more about exactly what your responsibilities and riding style calls for.

When you buy a used motorcycle, you should know that some shops and dealers don’t work on motorcycles that are more than 10 years old.

Some refer to this as the ’10 year rule’; it might also be a regional issue. It’s either due to legal issues around servicing and be liabilities of being held responsible for any damage done during service or based on general experience with motorcycles that are more than ten years old.

So make sure to ask this before you take your bike in for service at a Honda shop.

If you’re looking to buy a Used Gold Wing, eBay is your best bet. There are always tons of great deals on the site, and it’s easy to find a used motorcycle that suits your needs in just minutes.

Craigslist.org is another option for finding a used gold wing. This site is great because it has such an extensive search, so you can find the motorcycle that fits your needs without any trouble.

You should also check out Craiglist’s user-created sections and categories to learn more about new motorcycles, as well as get notifications on when listings match your criteria.

Where are Honda Goldwings Made?

From 1975 to 1979, Gold Wing bikes were produced in Japan Kumamoto Factory. In 1980, the production was moved to Marysville, Ohio, USA.

Which Honda Gold Wing Build is Better? USA or Japan?

Honda moved their factory from Maryland to Japan. It is the same thing. The Goldwing does not matter where it is made because Honda has high standards and excellent engineering skills wherever they make them.

How to change the oil on a Honda Gold Wing GL1500?

First, remove the oil fill cap. We want to make sure that our crankcase is properly vented when we drain out all engines.

Next, use a 17-millimeter socket wrench and unscrew your bolt until it’s free from its threads; this will let us know how much time has passed since you last replaced your old filter!

Afterward, reinsert both bolts in their original positions while using 25 pounds of torque with each one—and don’t forget about checking for any damage on either washer before sealing up everything back together again!

In Honda’s instructions for checking the oil level, they say to fill the motorcycle with 3.8 quarts of 10W30 synthetic motorbike oil and then start it up so that all the parts were correctly lubricated before shutting down again to get an accurate reading on how much is left over.

We’ll remove the dipstick then wipe off any excess oil from it with a cloth before replacing and removing it to get our accurate reading.

It is a good motorcycle for many things. Here are some facts about this motorcycle which you might didn’t know about:

2. There is no 2011 Gold Wing model because the production shifted from the United States to Japan in 2010.

3. Honda has gradually increased the horsepower and torque of their motorcycles, allowing for a greater amount to be used.

5. Honda’s GL1800 is the first production motorcycle to offer an airbag as an option.

6. Gold Wings have a front tank used for gas and other things needed to start the motorcycle.

7. The first few years of Gold Wings used a kick-starter as an alternative to the electric starter.

8. The highest verified mileage for a Honda Gold Wing is 425K miles.

9. The Honda Gold Wing is a heavier bike, but its handling qualities are praised by many.

It’s important to remember that purchasing a used Gold Wing isn’t as simple as it may seem. You need to consider what you want, how much you can afford, and if your potential bike is in good enough condition for its age. When looking at different models, take all these things into account, so you don’t end up with buyer’s remorse!

Gold Wings are good bikes, but you need to find one that suits your needs. You also need to know how well the bike has been taken care of and what model would be best for you. With all this information, go out there and find that perfect bike!

What are the Different Goldwing Models?

GL1500 was from 1988-2000, which is the fourth model of Goldwing. This generation had a sidecar option called a Trike conversion kit that could be used for carrying cargo or passengers.

GL1200 was from 1984-1987 which is the third model of Goldwing. This generation had new front brakes, and a six-speed transmission as opposed to four in previous generations. 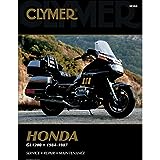 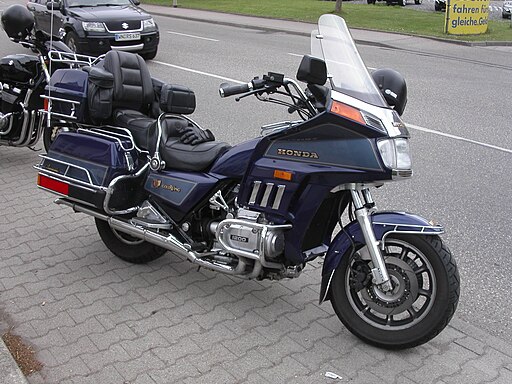 GL1100 was from 1980-1983 which is the second model of Goldwing. This generation had a new suspension system, improved brakes, and more horsepower than previous models. 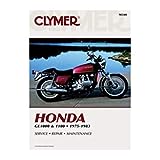 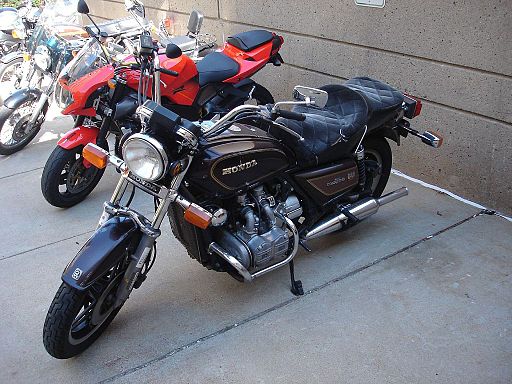 GL1000 was from 1974-1979 which is the first model of Goldwing. This generation had a flat seat and gas tank, detachable pillion backrests, drum brakes front/rear with twin leading shoe front brake calipers for an improved stopping distance, and four-speed transmission. 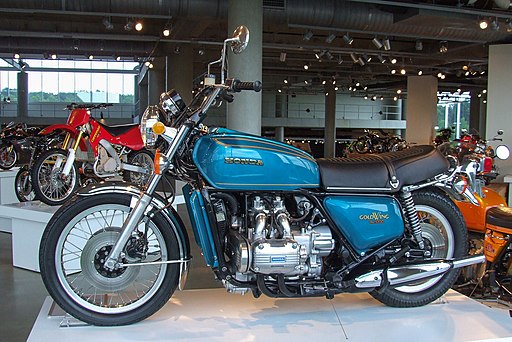 8 thoughts on “Best Year for a Used Gold Wing & Which to Avoid?”