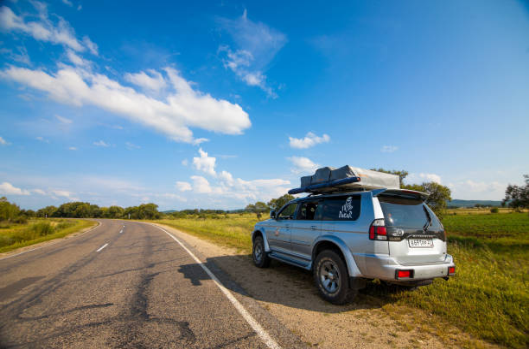 Hey! It’s great that you are interested in your car’s health, and you want to know how to make it live longer for you (even if it’s in your interest only).

As such, you want to know what would harm it and how to stay away from doing those things that could do the negatives to your car, and that’s one of the best choices you could have ever made!

How much weight can a car roof support?

The weight which your car, SUV, or truck can hold with or without crossbars or roof racks ranges between 100 to 160 pounds.

Just like we humans, cars have their bearest limit. The limits at which they can take certain things and one of them is WEIGHT!

Weight is of high essence when taking in the considerable procedure and measures to help improve your car’s health (life span would be preferable I guess. But, never mind tho).

A short one here if you care to know; your life or will I say your health too is at risk when your car roof isn’t getting support and it is carrying a lot more than it should because it could break, cause the car to lose control if the weight isn’t balanced and it moves sideways.

It can also cause an accident, which could hurt your health or halt your life if the accident is close to fatal.

Notwithstanding the recommended car roof load weight limit, every car type or manufacturer has recommendations.

What’s next on the car roof weight limit? Simple, identifying types of cars and their weight limits so you can get a better insight than a generalization of a certain standard or theory.

And now we head down to the types of typical cars and their roof weight limit so you can have a perfect idea and analysis of the minimum and maximum load or weight limit for your car.

And if your type of car isn’t stated nor listed, pick a synonymous one that has or almost shares the same features with your type of car or SUV. I guess I have done enough justice with that, right? Just kidding anyways…

How much weight can the Toyota Camry car roof hold?

Your sweet Toyota Camry 4 door sedan can only take 110 pounds if you don’t want it to lag or start giving you issues in the long run. So, now you know that it is different from the standard recommended car roof weight of an average max of 165 pounds, directly equivalent to 74.843 kilograms of loads.

Hey! That’s a good enough weight limit as far as I’m concerned. It might not just be what you want (110 pounds) as a weight limit and that means you need to change your ride if you want more weight capacity.

A popular household name in the car/automobile industry when you talk of personal and affordable cars, I believe that one in every ten homes owns at least one day of this (just my self thought stats; imagination or hallucinations whichever you may choose to call it tho).

Toyota Camry according to its manufacturer has a standard limit of an average of 110 pounds which is equivalent to 49.895 kilograms.

Between the years 1979 to 1982, the nameplate of the Camry was given to a four-wheel sedan model known as the Camry Celica.

Then it became a model that is independent in 1982 with the V10 series. Toyota then made it readily available as a five-door liftback. The V20 generations of the Camry made its debut in 1986 and it came as a station wagon moving away from the liftback body.

You just learned a little history about the Toyota Camry series, but there are lot more stories or history yet untold in this post.

How much weight can Toyota RAV4 Car Roof hold? Best or number one most popular car or SUV brand in the world according to the stats on wapcar.

It can carry an average maximum of 165 pounds directly equivalent to 74.843 kilograms which are the normal standards for a car or an SUV.

The vehicle made its debut in Japan and Europe in 1994, and in North America in 1995, being officially launched in January 1996.

It was designed for consumers who wanted a vehicle that had almost all of the benefits of SUVs, such as increased cargo room, higher visibility, and the option of full-time four-wheel drive, along with the maneuverability and fuel economy of a compact car or saloon car

I guess it is rated as the most used and popular car or SUV in the world because of its versatility and price.

Get yourself one of the Toyota Camry or RAV 4 or even at the best case scenario, get the Subaru forester to enjoy more weight capacity for by ur loads.

The three cars listed above were carefully chosen as they fall in the three popular categories of car roof weight capacity and its expandability too.

Having any car or an SUV that falls in between this three makes you good enough for a traveler, adventurous, and picnic-loving persons or couples (a big green).

Other things to on the weight of the car roof

Okay, here are some of the things (major) you need to know about safely loading luggage to the roof of your car.

Note: each car has its own specific rating and there are cars that go as far as taking the whole five-star rating on the dynamic or crash rating. This means there are some cars you can put your whole money on the table to give you better weight capacity without compromising your safety too.

Do you still need to know more about your car roof weights limits and restrictions? Well, I guess your answer would definitely be a YES! But this is the little we could provide on this on this piece of article. Kindly ensure you check out our other posts on topics relating to roof weight, roof racks, or roof bags that might interest you or even go as far as helping you sort out your weight issues.

Till then, have a nice ride as you pack your bags and baggage on the roof of your sedan car or SUV.