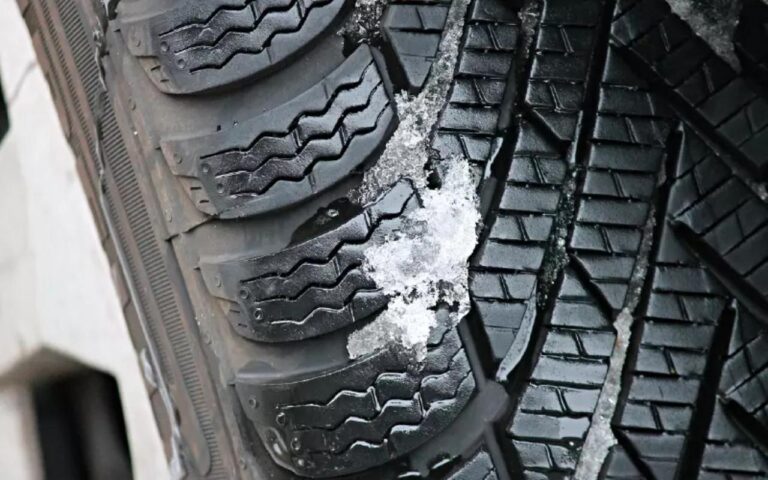 Anyone living in areas that experience extreme winter weather knows the advantages of studded tires to improve a vehicle’s performance on icy and hard-packed snowy roads. But when the studs go bad, can you replace them? Can you restud snow tires?

Experts, car owners, and drivers are in consensus that snow tires should not be restudded. As a general rule, you should only stud new snow tires. Installing new studs to a used tire is dangerous as there is a high chance that the studs will fly off.

Dive right in and learn a few things about tire studding.

Contents show
What is Tire Studding?
Studded vs. Studless Tires
Hassles and Dangers of Restudding Snow Tires
Issues with Using Studded Tires
Are All Tires Studdable?
How Much Does it Cost to Stud a Tire?
How Long Does a Studded Tire Last?
Conclusion

What is Tire Studding?

Tire studding is the process of installing metal studs to the pre-molded holes of your snow tires. The purpose of which is to improve traction and grip on ice and snow.

You can trace the history of using studded tires back in the 50s in Scandinavia to improve ice and snow driving. Then it became popular in the U.S. the following year. They still gain popularity in the U.S. today, especially in areas that experience severe winter weather conditions.

Many claim that studded snow tires perform better than studless tires. There have been numerous tests carried out to compare the performance between studded and studless winter tires. However, studless tires sold in the market also offer capabilities that you can get from using studded tires.

To compare both types of tires, we will look into a few characteristics, including noise level, tire life, and snow and ice performance.

As far as road noise is concerned, studded tires tend to be noisier compared to studless tires. This characteristic is because of the metal studs that bite and chew up the road without ice and snow.

Now, this probably gives you an idea of why some states ban studded tires. It is the damage that they do to the roads that make the government not want them.

How about tire life? Which one lasts longer? I found from online forums and threads that there is no substantial difference between studded and studless tires in life span. The number of seasons you can use these tires may vary depending on how you use them.

When we talk about snow performance, both tires are now capable of handling snow. The advancement of technology has allowed studless tires to match the snow performance of studded tires.

Driving on ice can be highly challenging. Many prefer studded tires over studless tires when it comes to ice driving. The studs bite better than the tread and biting edges of the studless tires.

As mentioned earlier, you can restud your snow tires if you want to. But I suggest you ask yourself a few questions before doing it.

Is it worth doing?

Is the process straightforward?

You would have to weigh your options carefully before deciding to restud your old winter tires. Yes, some shops might do it for you, but for sure, it comes with a fee. Is the cost you pay worth the safety and performance that you will get?

When it comes to the actual restudding process, it would not be easy. That is why shops charge around $140 or higher to do the job on all four tires. Why is it a difficult job?

When you remove the worn-out studs, the heads could snap off. Another challenge is locating the stud holes to install the new studs. You probably now realize that this is not something you can easily do by yourself.

What about safety? Is restudding snow tires a safe move? I would agree with the rest that it is not secure. There is a high chance that the new studs could quickly fly off. The accuracy or correctness of the stud installation could also be an issue as the tire’s tread is already worn out.

Studded tires are not allowed in some states or are permitted but are subject to some restrictions. Why is this so?

The number one reason there are concerns over studded tires is the damage they do to the road. Studded tires do not mind if it is asphalt or concrete – they eat it! When this happens, the government will spend thousands of dollars on repairing the damaged roads.

Another reason why studded tires cause some concern is the pollution it gives to the environment.

So, what are your options to ensure safe driving during the wintertime? Well, some states do allow studded tires during winter seasons. You will have to know the law about the use of studded tires where you live.

However, if you want to avoid the hassle of getting fined because of using studded tires, consider using the new studless tires you can buy in the market. These new studless winter tires are more than capable of giving you a solid winter performance.

Are All Tires Studdable?

Not all winter tires are studdable. Only those tires that come with stud holes to install metal studs are studdable. I hear some people asking, can you drill pinholes on regular tires to make them studdable? The direct answer to that is NO. That would be a stupid move for you to do that.

If you plan to use studded tires, get the set of studdable tires. Do not experiment on things that might compromise your safety.

As tire experts and the general public insist, you should also not restud old snow tires for safety reasons.

How Much Does it Cost to Stud a Tire?

Let’s assume that you have decided to go with studded tires. How much will it cost you to stud your winter tires?

When you buy your studdable winter tires, they don’t come with the studs. Thus, you would have to go to a tire shop to get them installed and pay the price.

I’ve looked online, and it appears that installing studs on your snow tires would cost you an average of $15 per tire. The cost may vary depending on where you get the service.

How Long Does a Studded Tire Last?

There is no significant difference between how long a studded and a studless tire last. Generally, a winter tire could last 8 to 11 winter seasons, given that you observe proper maintenance and storage.

The ideal thing for your winter tires to last longer, whether studded or studless, is to replace them when the season is over. Car owners keep their winter tires longer than they should be, thinking it will save them money. In reality, it doesn’t save you money to keep your winter tires out of season.

It is possible to restud snow tires, but it is not advisable. Car owners and drivers have a general agreement that it is not safe. As a general rule of thumb for installing studs to snow tires, you should only do it to newly acquired tires.

Using studded tires could also give you some legal obligation as it is prohibited or controlled in most states in the U.S. The damage that studded tires do to the roads makes the government spend more on repairs than usual.

If you want to avoid the hassles of using studded tires, you have the option to use the studless tires that feature advised tread and rubber compounds to ensure optimal winter performance.

However, studded tires undoubtedly outperform studless tires when it comes to handling ice and hard-pack snow. So, if you feel that you need to use studded tires, go ahead with it, but know the laws on using them so that you will not bump into fines and tickets.