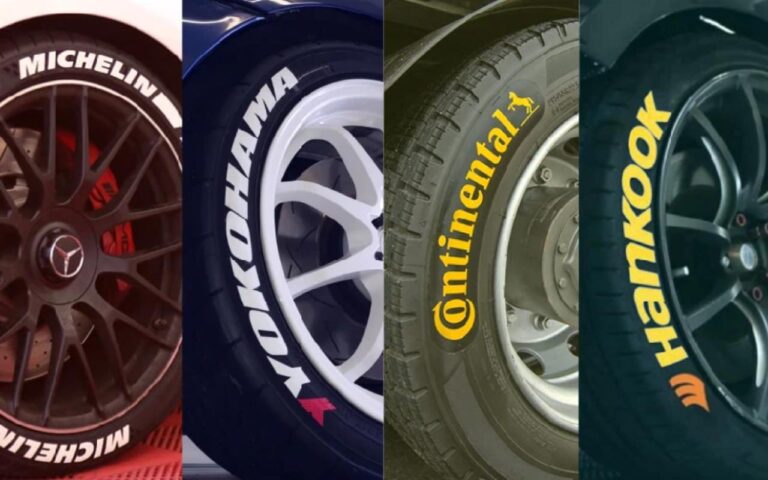 Have you been wondering which tire manufacturer is the oldest? We see many tires manufactured by different companies, but we do not know so much about the tiremaker’s history.

Knowing a bit about the company that makes the tires we use on our vehicles is satisfying.

Read on because I have rounded up the top 10 oldest tire manufacturers in the world in this article. I will also provide some relevant information and facts about these companies.

The companies that I will feature in this article are just those that are popular in the industry.

Pirelli was founded in 1872 by Giovanni Battista Pirelli in Milan, Italy. According to the company’s history page, it was initially a partnership but later became Pirelli & C, a limited shares partnership company.

The company was initially producing elastic rubber items. Then, it started making car tires in the 1900s.

Brothers Andre and Edouard Michelin founded the company in 1888. It started manufacturing bicycle and horse carriage tires before it ventured into producing pneumatic tires.

Goodyear is the oldest maker of tires in the United States.

Fran Seigberling founded Goodyear Tire & Rubber Company in 1898 back in Akron, Ohio. According to history, the company started operating with only 13 employees that help in producing bicycle and carriage tires.

The company has later ventured into making tires for automobiles, commercial trucks, motorcycles, airplanes, and other tires and became very successful.

The company is undoubtedly among the top tire producer globally. As of 2017, the company has earned a spot on the top four tire manufacturers globally, along with Bridgestone and Michelin.

Sumitomo Rubber Industries, Ltd. has been in the tire industry since 1909. This existence of the company in the market proves its success in the business.

The company has formally known as a tire manufacturer in 1909. However, its roots trace back to the 1600s under the Sumitomo Group, whose origins trace back to 1615.

It was around 1615 when Masatomo Sumitomo started the Sumitomo Group.

There must be something in Ohio as it is the origin of another American tire manufacturer, Cooper Tire & Rubber Company. The company’s headquarters is in Findlay, Ohio.

The company specializes in making automobile and truck tires. It has multiple manufacturing, sales, distribution, and design facilities worldwide.

Yokohama Rubber is another proud Japanese tire manufacturer which surfaced in the tire industry in 1917. The company hails from the city of Tokyo.

It was the result of the joint venture between Yokohama Cable Manufacturing and B.F. Goodrich on October 13, 1917. Then, the rest of the success story of the company is history.

The company has been actively sponsoring sports teams since 2015, including the Premier League football club Chelsea, Boston Celtics, and the San Antonio Spurs.

Apart from the above sponsorships, the company has partnered with several significant events like the IMSA GT3 Cup Challenge, World Touring Car Championship, Japanese Super Formula, and the Macau Grand Prix.

Now, who does not know Bridgestone? It is undoubtedly among the most famous tire manufacturers globally. The company has earned a good reputation for producing quality premium tires.

This company is another pride of Japan. It hails from the city of Kurume, Fukuoka, Japan.

The company results from the merger of Firestone Tire & Rubber Company and Bridgestone Ltd. Harvey Firestone founded the former in Akron, Ohio, back in August 1900, while Shojiro Ishibashi founded the latter.

The company’s original name was Chosun Tire Company, but it became Hankook Tire Manufacturing in 1968.

Hankook tires become original equipment to various automakers. It became known in this aspect. As of writing, the company continues with its effort to increase its size.

Modern Tire Dealer reports that the company has achieved a whopping $3.5 billion in sales in 2007 and constantly increases by 20% year after year.

A year after the establishment of Hankook Tires, another South Korean company was born – this was Nexen Tires. The company’s headquarters are in Yangsan, South Gyeongsang Province, and Seoul.

It was known initially as Woosung Tire but later became Nexen Tires (2000). It is gaining a good reputation in the production of radial tires. It has dedicated a facility in Yangsan just for radial tires production.

Part of the company’s success was the patent for the technology to manufacture rubber silicate nano-composite tires that it received in 2005.

As the demand for Nexen tires increases, the company has branched out its production by establishing a manufacturing plant in Qingdao, China, in 2007.

Another Japanese company that shines in the tire industry is Toyo Tire & Rubber Co., Ltd. The company is the offspring of the merger between Toyo Rubber Industrial and Hirano Rubber Manufacturing in 1945.

Toyo Tire & Rubber Co., Ltd. is continuously penetrating the world tire market with its promise of performance at an affordable price. It boasts its worldwide operations throughout the Americas, Europe, Asia, the Middle East, and Oceania.

The founding president of the company was the Japanese businessman Mr. Rikimatsu Tomihisa.